This blogpost describes a really effective school link up as a result of discussions at Teach Meet History Icons back in March 2018. Here, Martyn Bajkowski, HA Secondary Committee, describes how he and Alex Fairlamb, lead coordinator of TMHistoryIcons, worked together to motivate their students to put in effort and develop clarity with their historical explanations. A brilliant idea that is easily copied – thank you! 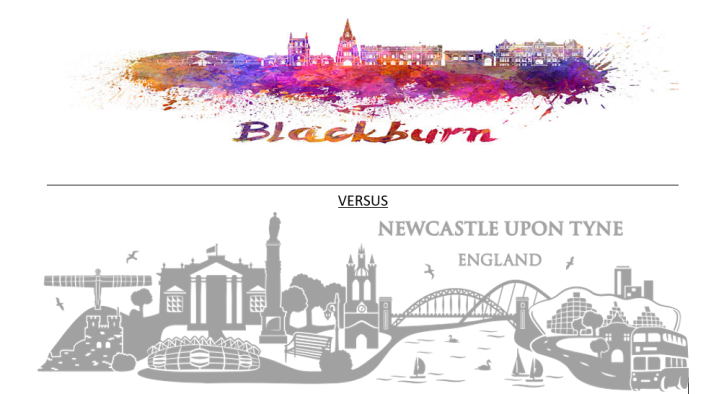 ‘Yeah but you know what I mean…’

Sometimes I feel the phrase above symbolises my frustration when students approach feedback that their written work is not sufficiently developed.  Naturally defensive, there is an implied criticism that you are being overly harsh, critical or even mean when not allowing these students to score top grades in exam questions. There’s also an unspoken belief that the feedback given will have zero impact because the student feels they can do the task and bothering to show they can by writing is just semantics. Well it is; but semantics (and explanations!) are important in history.

Often in history lessons we go straight to the point and the exchange is:

Having reached out to a northern ally about this problem we found that both of our students were struggling to make explanations explicit.

Despite the fact that our specifications were from differing boards, this connection provided the opportunity to create a universally applicable strategy. Collaboration is not limited by practicalities and constraints such as distance and different exam boards.

Wanting to engineer a situation where students were immersed in content to support them to be able to make their explanations explicit, we first created all the knowledge statements they would need, as well as living graphs covering the eight aspects of change present in both courses.

We laid down the challenge that students would be engaging in historical debate with a rival school in another northern town and we expected them to win the battle. The crucial part was that for them to triumph they needed to ensure their explanations were carefully constructed, clear and unambiguous, as the people in the other school (i.e. Newcastle) spoke what seemed to be an entirely different language to them.

Informed that each group of students would work to explain four aspects of change before exchanging them to be critiqued allowed the students to understand that first they were being asked to be ‘experts’ before becoming ‘examiners’ in the following lesson with the others schools work. This definitely engineered a sense of group pride and soon the competitive juices were flowing. Neither cohort of students wanted to be the ‘poor relative’ when it came to explanation.  What’s more, neither cohort wanted to fall foul of the brutal criticism that a teenager equipped with a green/purple pen might give. They wanted their class and school to be ‘the best’ at explanation.

During the first lesson students carefully selected the information they wanted to use from the knowledge statements and applied it to their living graph before writing their precise and explicit explanations.

In the second lesson, having received their rival’s work, green pen was used to support and agree with the arguments, adding weight with their own explanations.  Students also had purple pens to challenge the arguments and the placement of the other students’ arguments on the graph. Students were only allowed to agree with or challenge the ideas IF their additions to the explanations were supported by relevant, accurate evidence.  This added weight to both arguments, either strengthening an argument with further evidence or opening up the possibility of historical debate using evidence.

Here are some examples of student work: My students loved it.  It directly challenged them to think, engage and ensure that their writing was explicit. The class was a mix of mid and high prior attaining students who had been in the past prone to convoluted implicit explanations that failed to deliver a clear judgment. By adding the pressure of a major city school it forced them to be more selective with their words ensuring their opinions and judgements were expressed in the most straight forward and simplest way. The most pleasing aspect was the interrogation of the Newcastle students’ work which they attacked with relish using  accurate and relevant knowledge and saying things like ‘They won’t be able to argue with this…’  and ‘Maybe this fact got lost at Scotch Corner!’ As a result, I am now receiving much more precise and explicit explanations in their answers and all I need to do to remind them is say…’imagine you are sending this to your friends in Newcastle’. Despite the rivalry there was also a sense of camaraderie with their northern compatriots. However, it was clear that is was Blackburn 1 – Newcastle 0

The outcome for my students has been very interesting. I used two different classes, one that had a full range of target grades and a lower target grade group. This would allow for us to see if our idea could work with differing abilities, reading ages, SEND and EAL.  Could the resource and idea translate for all? After all, collaboration works when it is straightforward and it should not cause FURTHER work to apply it within your own school context (“It might work in your school but in mine…”; that was a situation neither of us wanted). The students were incredibly engaged in it. Using phrases like “We need to show them in Blackburn what we true northerners can do!”, the students tucked into the work with enthusiasm and discussed with each other their own responses, pushing each other to develop their explanations. When the work from the Blackburn students arrived, I was concerned some students might not be able to access it, given I would not be aware of the ability shown in certain student’s pieces of work. However, this was not even an issue. The students tore into the work and were asking fantastic questions, “Miss, I really don’t think this is right, I mean I would have said that actually….” – bingo! They were analysing and evaluating explanations and using evidence to drive forward their own arguments to support or refute the Blackburners. It was a really valuable collaboration and one that I hope to do more of given the impact that it had upon students and the relative ease that it took to co-plan and deliver the lesson.  It still must be said though, Newcastle 1 – Blackburn 0.

Why not try your own inter-school explanation competition? Do let us know how it goes! This is a great example of collaborative working. Why not stick the word ‘collaboration’ into the search box of www.history.org.uk for some more great ideas? TH 92  had the theme of ‘Explanation and Argument’. There’s ‘gold’ in some of those back issues, why not take a look?